Breathless, Constable Jans wakes up from a nightmare in the early hours of 18 March 1892.

It is the night before Ferdinand Gatti's execution.

Barely more than a year has passed since a popular and extremely pious teacher - Miss Margaritha Degen - was treacherously strangled on her way home on the outskirts of Lucerne on a cold winter's night.And the event still robs the policeman of his sleep.

Finally, Constable Jans gets the whole story off his chest once more.

Welcome to the good old days.

"Gatti" is a story based on facts about the murderer Ferdinand Gatti, who was sentenced to death in Lucerne.

On the one hand, it is about the investigation of a criminal case using the methods of science of the late 19th century - with expert opinions from the medical officer and the cantonal chemist, as well as expert opinions from master rope makers and highly peculiar witness statements from passers-by.

On the other hand, there is the clever and yet audacious accused, only twenty-two years old, who repeatedly tries to talk his way out of an increasingly hopeless situation with argumentative dodges (alternative facts).

After several years of interruption, Ferdinand Gatti is the first person sentenced to death who - after the death penalty had been abolished in the meantime and reintroduced in Lucerne in 1883 - is then actually beheaded with the guillotine (1892).

The story of Ferdinand Gatti is told in the form of a graphic novel from the perspective of Constable Jans. He actually existed.

Listen to the audio tour of the „Gatti“ exhibition at the Lucerne History Museum, spoken by the author in the role of Constable Jans. 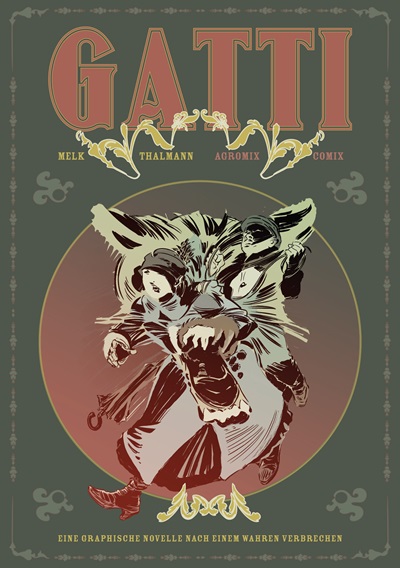